IPL 2022: Fletcher Ponting and Delhi Capitals skipper Rishabh Pant were battling it out during a fun-filled football session at the Delhi camp. Ricky Ponting’s son impressed the India wicketkeeper-batter with his skills. 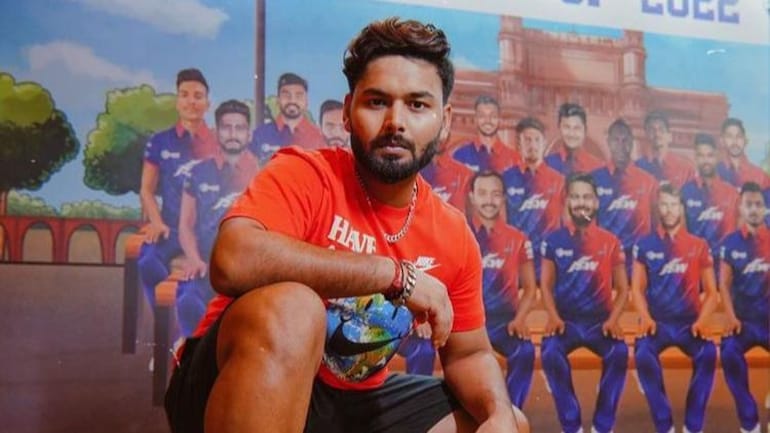 Ricky Ponting’s son Fletcher seems to be enjoying his time in India as he has been making new friends during his stay in the Delhi Capitals bio-bubble. Fletcher has a new mate in Delhi Capitals captain Rishabh Pant as the two were seen enjoying a session of football.

In a video shared by the Delhi Capitals on social media on Wednesday, Rishabh Pant and Fletcher can be seen battling it out during a football session. Fletcher, who seems to be as competitive as his father, was not willing to give an inch to Pant as they were dribbling the football across the field.

Towards the end of the short clip, Fletcher can be seen hitting a long ball, which left Rishabh Pant impressed.

Delhi shared the clip that is being widely shared on social media. “Just two friends vibing over football. We can’t get enough of RP17 and Fletcher playing football together,” the caption read.

Pant and Ponting seem to have established a wonderful rapport as captain and coach ever since the former took over from Shreyas Iyer as the skipper of Delhi Capitals. Things haven’t gone DC’s way in IPL 2022 as the former finalists have managed to win only 4 matches out of.9 so far and are reeling at the 7th spot in the 10-team table.

Delhi haven’t managed to stitch two successive wins so far, losing their previous encounter to Lucknow Super Giants on May 1.

Delhi have a 4-day break before they take on SunRIsers Hyderabad in a crunch game on May 5.

The focus will be on Rishabh Pant who showed signs of returning to his best form, hitting a 30-ball 44 in their 6-un loss to Lucknow Super Giants. Pant has managed 234 runs in 9 matches in IPL 2022 but the aggressive batter will be looking to be more consistent with the bat in the middle-order for Delhi.