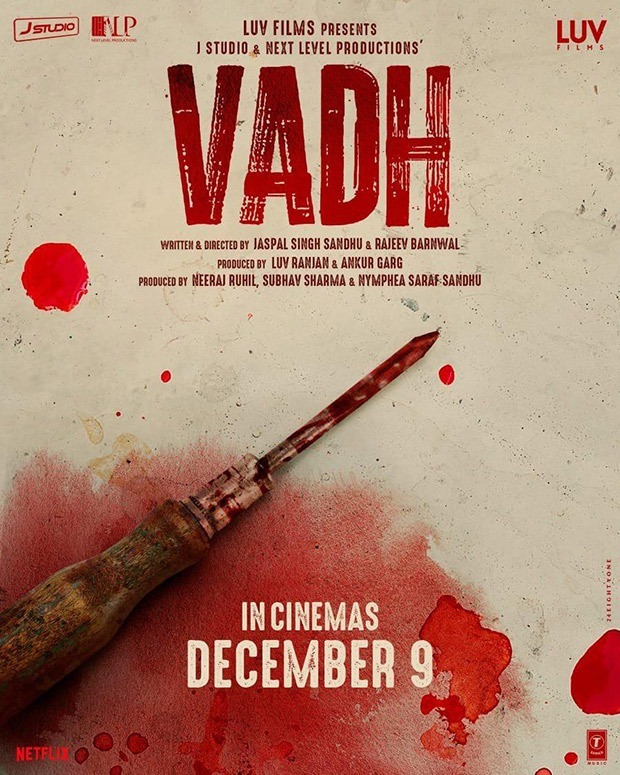 As the film will explore the genre of thriller drama, the teaser-poster justifies it to the best. It has ignited a whole new conversation about the film. The leading actors shared the news on their respective Twitter handles.

Vadh is written and directed by Rajeev Barnwal and Jaspal Singh Sandhu. The film is produced by J Studios and Next Level Productions. Produced and presented by Luv Films’ Luv Ranjan and Ankur Garg. Vadh will release on December 9, 2022. Following its theatrical run, the film will stream on Netflix.