RCB vs CSK: Virat Kohli was the best dancer at my wedding reception, says Glenn Maxwell

IPL 2022, RCB vs CSK: Glenn Maxwell picked Virat Kohli as the best dancer at his wedding reception and said Siddharth Kaul was a close second. A video of Kohli’s dance had gone viral after the celebrations. 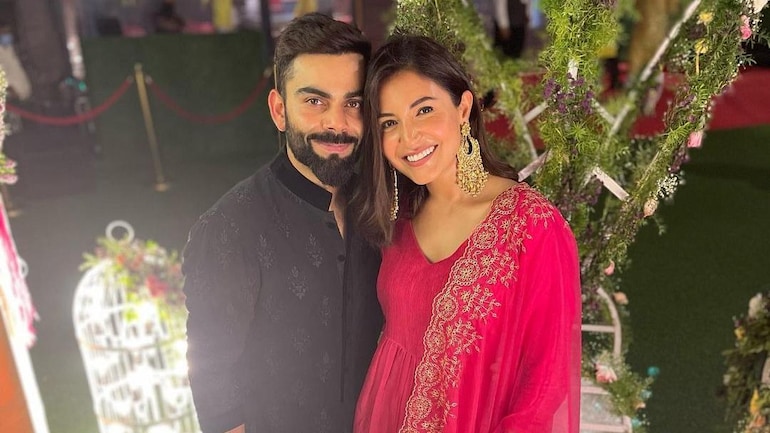 Royal Challengers Bangalore batter Glenn Maxwell picked Virat Kohli as the best dancer at his wedding reception. Several RCB players were seen dancing and having a great time at Maxwell’s party on April 27.

However, Glenn Maxwell picked Virat Kohli as the best dancer on the show at his wedding celebrations and added that Siddarth Kaul was a close second.

In videos which have since gone viral, Virat Kohli was seen dancing his heart out to a popular song from the movie Pushpa. Shabaz Ahmed, Kohli’s teammate, was also spotted having a great time.

Ahead of Royal Challengers Bangalore’s match against defending champions Chennai Super Kings in Pune on Wednesday, Maxwell was asked to rate the dancers at his wedding reception.

“Virat was front and center and Siddharth Kaul was up there too,” Maxwell told Start Sports.

Anushka Sharma also shared an Instagram post where she stood next to Virat Kohli. While Kohli looked dapper in a black kurta, Anushka wore pink dress.

Virat Kohli has had a horror run with the bat in IPL 2022 but he did seem to have a good time at Glenn Maxwell’s reception, A few days after the celebrations, Kohli hit his first half-century of the season even though the poor strike-rate during that knock raised a few eyebrows.

Virat Kohli, the highest run-scorer in the IPL overall, is going through a poor run of form and has even bagged two successive golden ducks. This season has been in stark contrast to 2016 when Kohli scored a record-breaking 973 runs and four hundreds.

Meanwhile, RCB pacer Mohammed Siraj said he wanted to improve his performances this season and targeted better powerplay overs for his team.

“My performance hasn’t yet been like the team and I would have liked. The goal is to do better in the powerplay,” Siraj told Star Sports.

“When we played here the last time, the pitch was helpful and it wasn’t easy for the batters to hit. We will focus on each of our goals and the results will follow once we do that. My role is to deliver in the powerplay and at the death and I want to be consistent at doing that,” he said.