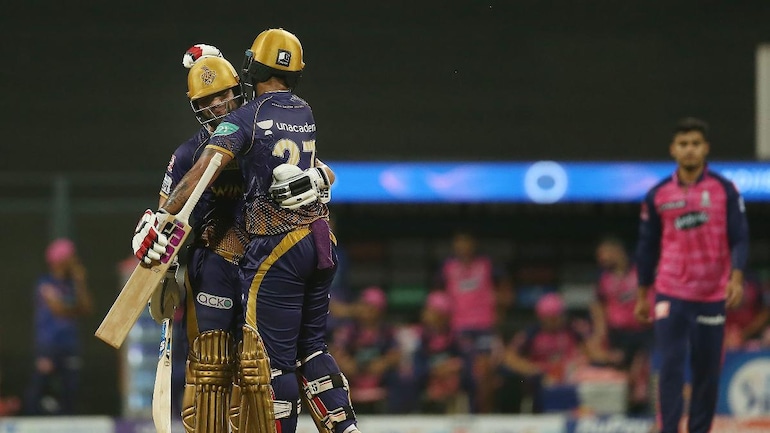 Kolkata Knight Riders broke a five-match losing streak in the Indian Premier League on Monday, 2 May, after Rinku Singh and Nitish Rana combined to pull off an unlikely victory for the Kolkata-led franchise.

Singh, who has been with Kolkata for a while now, finally got to show his mettle, with a brisk innings of 42 runs off just 23 balls, alongside Rana who showed maturity to add 48 off 37. The 66-run partnership meant that Kolkata kept hopes for the playoffs spot alive like they had promised earlier on match-day.

Kolkata Knight Riders took to social media on Tuesday, to post the jubilations of Rinku Singh and Nitish Rana – the duo who come of age against Rajasthan.

Rana was seen hugging Rinku and praising him for his incredible hard work in the last five years that led to this moment.

Kolkata Knight Riders finally clicked as a batting unit in the Indian Premier League after failing in their last five matches. While they still have top order problems to solve, a middle order pairing of Rana and Rinku looks like the combination that they will opt from now on in their remaining four group stage matches.

At the moment, KKR are placed at seventh in the points table and need to win every single game if they wish to achieve the minimum number of points to go into the playoffs.