Lego Speed Champions is adding one of the most iconic cars from the early days of the Fast and Furious franchise. The newest kit will include a figurine of Paul Walker’s character, Brian O’Conner, and a rolling representation of his famous R34 Nissan Skyline GT-R V-Spec. Through nine films, O’Conner’s R34 from 2 Fast 2 Furious is perhaps overshadowed by only the infamous A80 Supra from the first movie. 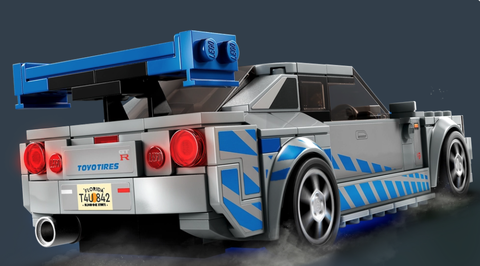 Thankfully, the kit looks to honor the source material, and the famous blue-striped livery is immediately recognizable to fans of the franchise. Despite the small size of the Speed Champions builds, Lego didn’t skip out on some of the other recognizable themes from the car. The massive blue rear wing is fixed to the back, with a blue Toyo Tires sticker found stuck above the movie-correct Florida license plate. 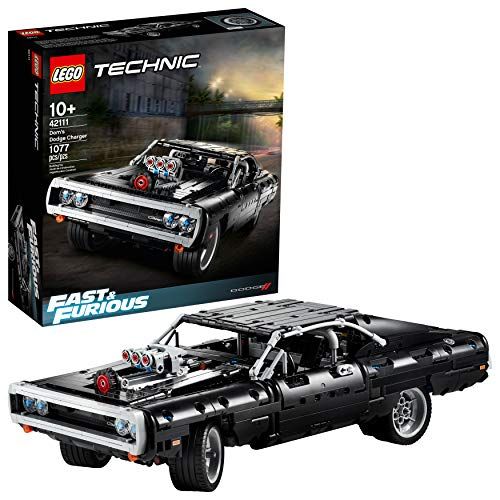 In addition to the smaller and cheaper R34 kit, Lego is planning to add a Technic kit of the 1578-hp Bugatti Bolide, minus the horsepower of course. That kit will go on sale the first of the year and will include 905 pieces for $49.99. It stands at three inches high, 12 inches in length, and five inches in width. The Technic kits are meant to help introduce kids to the world of engineering, but beyond that, they are plain cool.

Bugatti only made 40 versions of the track-only Bolide, with each costing roughly $5 million. Plus, Bugatti sold out of the Bolide and Chiron at the start of the year. Assuming you didn’t star in the Fast and Furious franchise and therefore cannot afford a sold-out $5 million car, $50 for a foot-long example complete with moving pistons seems about as close as the rest of us will ever get to owning a Bolide.