Renting a car should be an easy task, save for the busy airport lines, but it’s become a more costly and involved process. Making sure the tank is full and the interior is clean is part of the agreement between the renter and driver—an agreement that is generally fair for both parties, as long as you don’t have to pay an inflated refueling fee. What most consumers don’t expect out of their rental, however, is being arrested because of claims that the car was stolen.

Crazy Times in the Car-Rental Industry

Unfortunately, that’s exactly what has happened to hundreds of Hertz customers since 2015. According to lawsuits filed across the nation, customers were held at gunpoint, arrested, and even held in jail for days as a result of Hertz reporting rental models as stolen. Now, Hertz says it will compensate these customers to the tune of $168 million total, resolving claims for more than 95% of the wrongfully accused.

The company claims this issue was a result of a faulty theft reporting system, a system the company alleges was fixed following its 2020 bankruptcy. However, a lawsuit filed in Delaware earlier this year shows that the practice was still in effect following the company’s Chapter 11 proceedings. Hertz previously denied all claims of the false theft reports until this April, when the newly minted CEO, Stephen Scherr, admitted that some customers had been affected by the “glitch”. 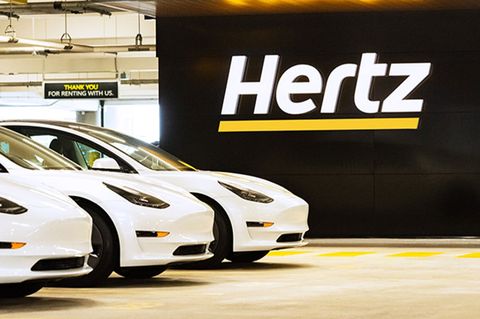 The company says that it runs over 25 million rental transactions per year and that at least 3365 theft reports are made annually, accounting for 0.014 percent of its rentals. Additionally, a spokesperson for the company said that most of these cases involve renters who were many weeks or even months overdue, in a statement to CBS News.

Despite this, some of the accused hadn’t even rented from Hertz previously. Other victims include NASA employees operating government-rented vehicles and customers with cars rented by their insurance companies following accidents. Customers who returned vehicles on time later received correspondence from the company that it had reported the vehicle as stolen and that an arrest warrant had been issued. 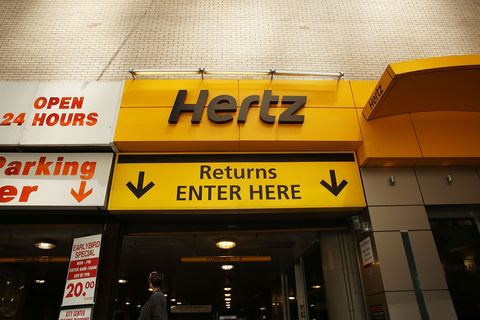 The hundreds of millions in payments will be finalized by the end of this year, and statements in recent Securities and Exchange Commission filings show that the company isn’t worried about this affecting its financial standing. Additionally, Hertz plans to recoup the majority of this expense from its commercial liability insurance policies, though the company has had to file lawsuits against its insurers to this effect.

Emerging from bankruptcy in 2021 and recently reporting a return to profitability, the settlement payments may not damage Hertz’s bottom line but its reputation among consumers very well could. With new leadership at the helm and continuing strong travel demand, the true outcome of a rocky few years for Hertz has yet to be seen. Despite this, company executives claim to see a future of improved customer relations.

“As I have said since joining Hertz earlier this year, my intention is to lead a company that puts the customer first,” said Scherr, CEO of Hertz.”In resolving these claims, we are holding ourselves to that objective.”