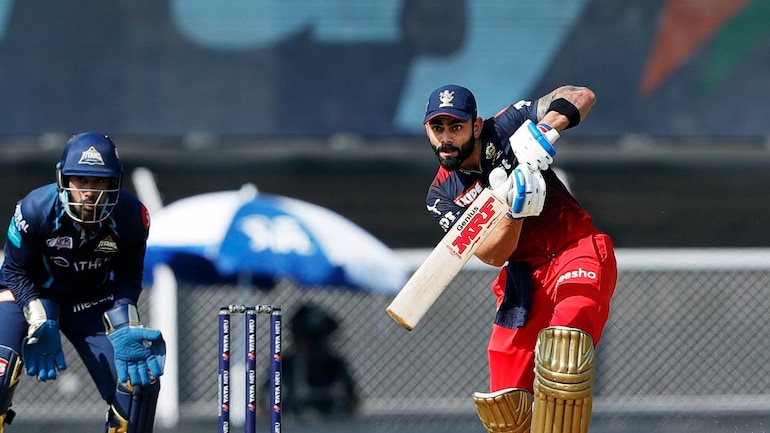 AB de Villiers backed his good friend and former Royal Challengers Bangalore teammate Virat Kohli to bounce back strong from the lean patch that has held back the star batter in IPL 2022. De Villiers said a clear mind will only help the former RCB captain regain touch, adding that he hasn’t been able to speak to Kohli during the ongoing IPL season.

AB de Villiers, who retired from all forms of the sport after IPL 2021, added that Virat Kohli will himself know that he is only a couple of knocks away from regaining form.

Kohli has been going through one of the most difficult phases of his cricket career. While his form was up and down in the international season, a lot was expected from the star batter as he was heading into the IPL 2022 season without the burden of captaincy. However, Kohli has managed only 186 in 10 matches this season at an average of 20.67.

Kohli ended his poor run of scores with a fifty in RCB’s previous match against Gujarat Titans but the knock — a 53-ball 58 — did not help the team’s cause.

“As a batsman, you are only one or two bad knocks away from bad form. If it keeps coming at you it is difficult to bounce back from it,” de Villiers told AFP news agency.

“I cannot put a percentage to it but it is the mind and power of the mind which is the main battle,” he said.

“You do not become a bad player overnight. Virat would know it and I know it. I think it’s the way you think and set your mind.

“You need a clear mind and fresh energy whenever you play and then you can find a way out of a hole,” he added.

Having gotten to the elusive fifty, Kohli will certainly feel more confident when he walks out to bat for RCB against Chennai Super Kings in a crunch IPL 2022 contest on Wednesday. The former finalists will need their former skipper firing as they look to keep their hopes of reaching the play-offs alive.

RCB are heading into Wednesday’s contest on the back of a 3-match losing streak while CSK, who had MS Dhoni return as captain, defeated SunRisers Hyderabad in their previous match.